Focus on the Finish

Malik Dedner of Little Rock never thought college was an option. No one in his family had gone to college before and money was tight in his single-parent home. But a teacher’s suggestion that the University of Arkansas might be a good fit made him consider college as a real possibility.

Dedner stepped foot on the U of A campus for the first time at orientation. His decision to attend the university was the beginning of a unique journey that he said gave him the opportunity to get an education, travel and work with professors who have first-hand knowledge in his chosen field of accounting.

Dedner has had to work an average of 38 hours a week at a fast food restaurant and juggle several other jobs to afford his education. His grades suffered slightly due to these demands.

“Working while going to college is pretty difficult,” he said. “It’s been a challenge, but I’m almost at the finish line. There were times I was more worried about paying for college instead of my school work, because I knew bills were about to be due.”

Dedner said working also prevented him from attending student organizational meetings and study groups, especially since he often worked a late evening shift from 4 p.m. to midnight. However, the support he received from Advance Arkansas and other scholarships lessened his financial burden to fuel his progress.

“It means a lot to someone like me, who doesn’t have the finances to put myself through college,” he said.  “You don’t know how much it has impacted me. When I first got here, I didn’t have enough money to continue. Receiving scholarships takes a huge burden off me. If I hadn’t received some of the scholarships I received, I probably wouldn’t be here.”

In 2017, Dedner became one of the inaugural recipients of the Advance Arkansas scholarship initiative, adding to his ability to pay for college in the crucial final semesters of his academic career.

“When I received the Advance Arkansas scholarship, I was ecstatic,” he said.  “The first person I called was my mom. It was an amazing feeling. She’s very proud of me. I’m getting close to meeting my goal, so I’m grateful. “

Dedner’s experience of going to college and paving a path to success inspired his development of a YouTube channel to encourage others to achieve their dreams.

“I started my channel because I felt like I wasn’t the average college student,” he said. “Regardless of where you come from, it’s not about how you start – it’s about how you finish. Anything is possible as long as you change your mindset.” 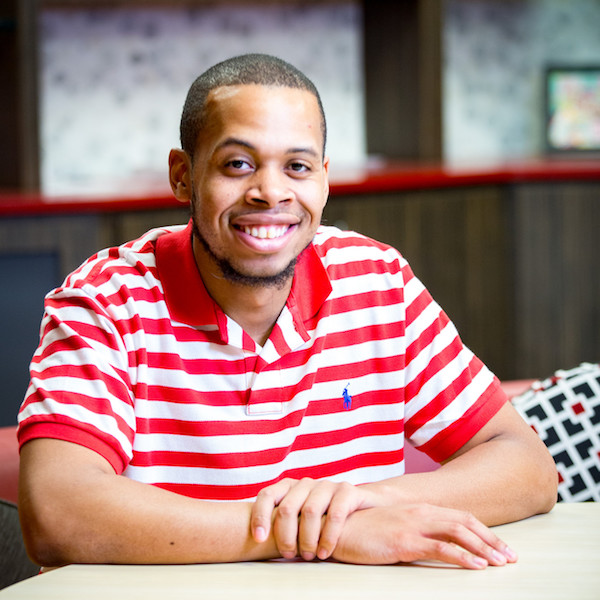