Armin Mortazavi carefully removes the glass cuvette from a protective vial and gingerly places it in the magnetic resonance probe. He’s right to take care, because that tiny glass receptacle contains two solid weeks of work.

“It’s like doing an MRI on a molecule,” said Roger Koeppe, Distinguished Professor of chemistry and biochemistry, and Mortazavi’s faculty mentor.

“It could be useful in understanding how proteins aggregate, which is characteristic of some neurodegenerative diseases – but that’s long down the line at this point,” Mortazavi said. “Our main purpose is to understand how they interact in the body.”

Mortazavi, who is originally from White Hall, Arkansas, is an honors chemistry and physics double major, a Bodenhamer Fellow, and the recipient of the Goldwater Scholarship. Previous work in Koeppe’s lab found that a similar peptide helix might be unwound or “frayed” at the end. Mortazavi has confirmed that there are multiple peptides that fray at the end, limiting their extent of motion and helping to anchor them within a lipid membrane.

“What Armin has found suggests that there may be more importance to the loops within membrane signaling proteins, which have largely been ignored up to now,” Koeppe said. “His work may point us in a new direction.”

“To this point, I’ve not had a student publish before they graduate,” he said. “Armin started research early, in his freshman year. ­He’s well organized, dedicated, hardworking, and he’s produced a lot of results.”

Medical school at Georgetown University School of Medicine is next on the agenda. Mortazavi is considering surgery and oncology, but he hopes to carve out time for the lab: “I really enjoy research, and want to continue with it and practice medicine, too.” 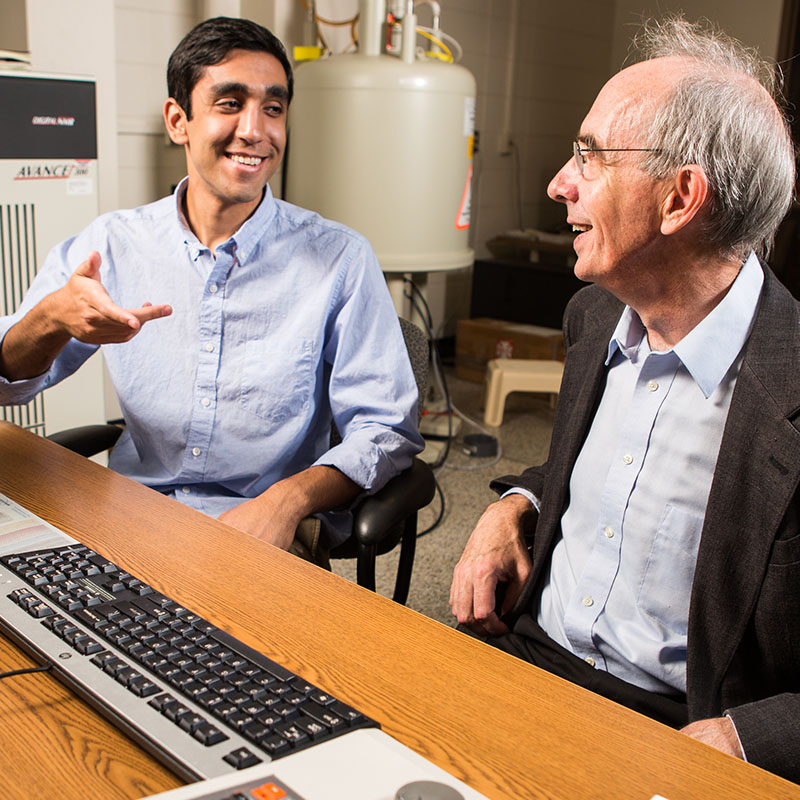